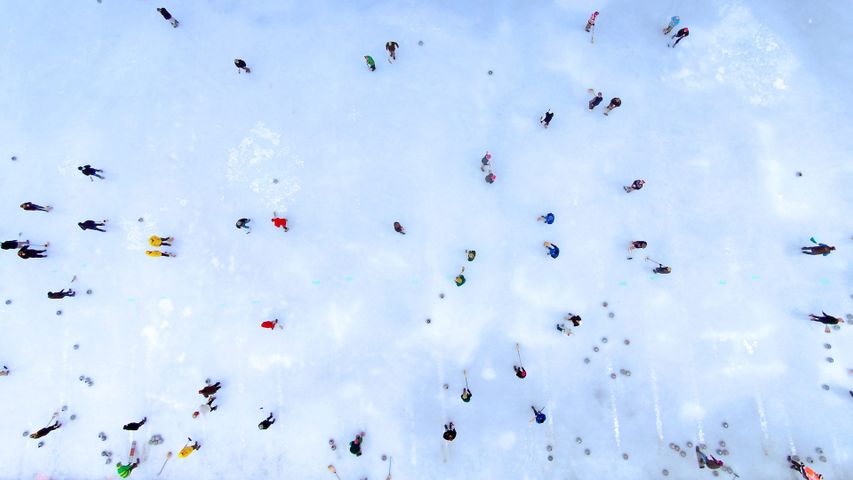 Rock on, curlers. ’Chess on ice’

Today our photo comes from Naseby, on New Zealand’s South Island. Winter in New Zealand begins on June 1—in the Southern Hemisphere, the seasons are inverted from our own. Soon, the lakes in Naseby will freeze over, creating great conditions for outdoor curling, or what competitors call ‘chess on ice.’ And when there’s a multi-game tournament going on, that’s a ‘bonspiel’ in curling lingo. This year marks the first ever Curling World Cup—with the fourth leg of the months-long event beginning today in Beijing, China. This ultimate bonspiel unites teams from around the globe, and on May 12, 2019, we’ll know which nation swept the competition. (Curling joke!)