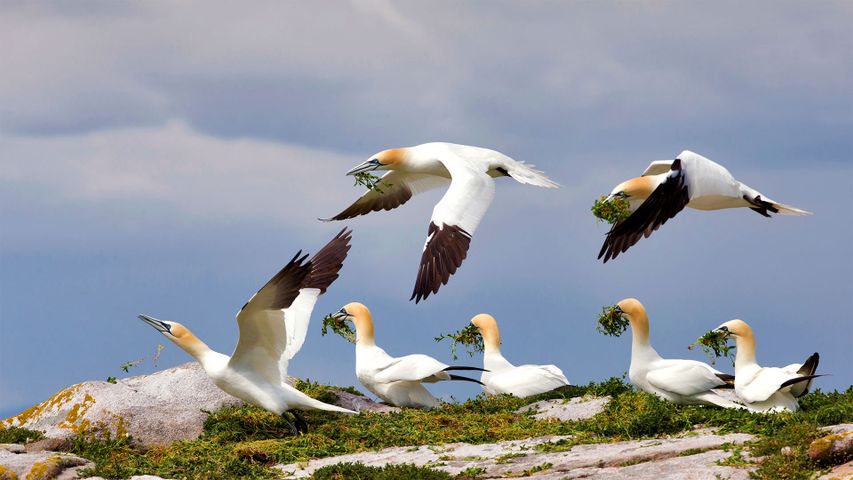 From North America to Western Europe, northern gannets live all along the North Atlantic coasts. These large birds spend most of their lives at sea, following schools of sardines, herring and other small fish that they feed on. During breeding and hatching season, northern gannets often return to the same locations year after year, where thousands of birds may gather to nest and rear their young. This group is busy collecting nesting material on Great Saltee Island, the larger of the two Saltee Islands, about three miles off the south coast of Ireland. Both Great and Little Saltee are largely unoccupied - apart from all the birds.

A view of the distant hills from 'Atom' above Wycoller village