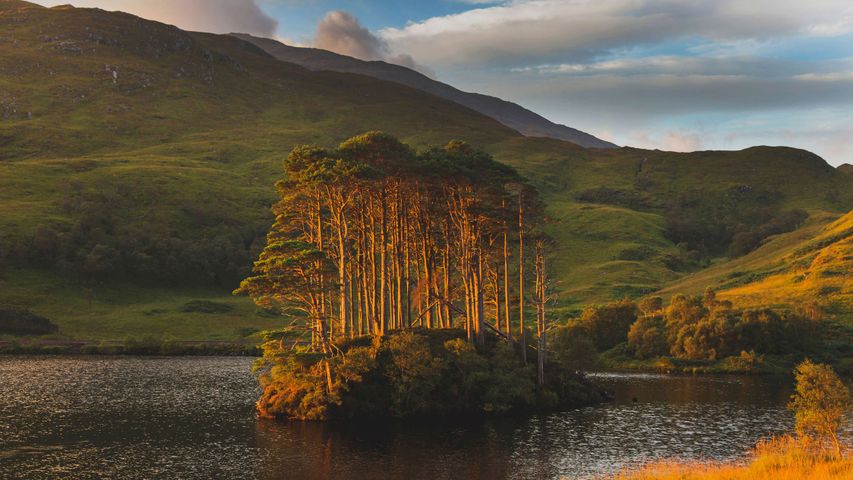 This atmospheric lake will be recognised by fans of the Harry Potter films as the final resting place of the great wizard, Albus Dumbledore. But it’s not found in the grounds of the series’ magical boarding school, Hogwarts. In real life, you will find this little island on Loch Eilt in the West Highlands. Eilean na Mòine is one of several pine-tree-filled islands on Loch Eilt – although in the movie, it is transposed using digital wizardry onto a larger lake, Loch Arkaig.

Its rugged mountains, deep lochs and empty glens (narrow valleys) have earned the Highlands a reputation as one of the most romantic parts of Scotland which has inspired writers and artists throughout the centuries. Whether or not you are a Potter fan, there are plenty of magical experiences to be had in this vast, dramatic landscape.