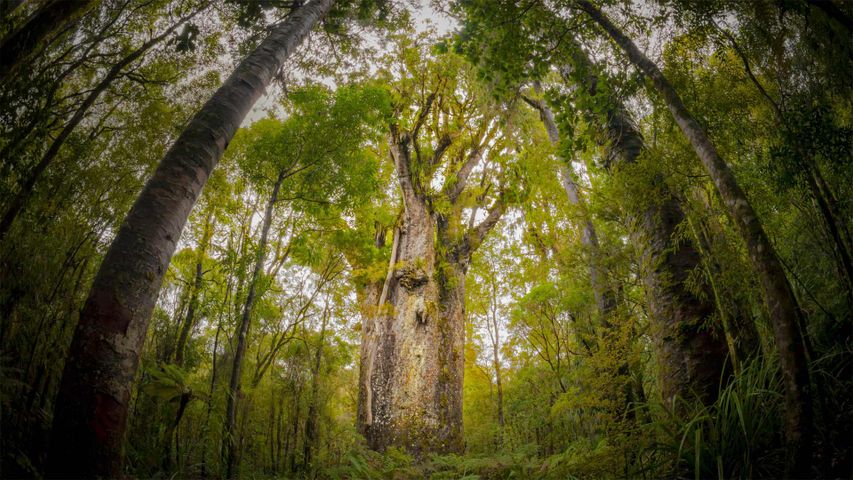 For Mother Earth’s big day, we’re shining the spotlight on a tree known as Father of the Forest, or Te Matua Ngahere in the Maori language. This giant kauri tree lives in the Waipou Rainforest of New Zealand’s North Island. At more than 1,500 years old, and more than 52ft around, it’s both one of the oldest trees in New Zealand and one of the largest. It's long been revered by the Maori and is protected by Maori elders. We’re featuring this ancient tree today to mark the 50th anniversary of Earth Day, which started in the US but has since spread worldwide.

On this day in 1970, some 20 million Americans rallied to raise awareness of environmental issues. The landmark event is credited with prompting major US environmental reform legislation. Earth Day is now celebrated in nearly 200 countries and has grown to include Earth Week, and even Earth Month celebrations. That’s good news for all Earth’s residents, big and small.