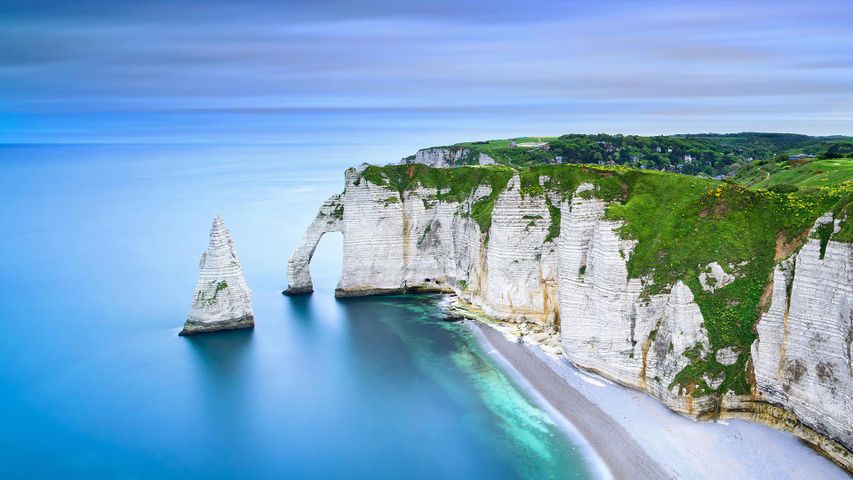 The seaside town of Étretat, located in the Normandy area of north-west France, is famous for its white chalk cliffs, three natural arches and a pointy rock called L'Aiguille, or the Needle, which rises 70 metres above the sea. The dramatic scenery has inspired plenty of famous Impressionists, including Claude Monet, who painted the cliffs and rock formations in the 19th century. Etretat is also the setting for novel by Maurice Leblanc about the adventures of Arsène Lupin, a gentleman thief and detective, often described as a French counterpart to Sherlock Holmes.