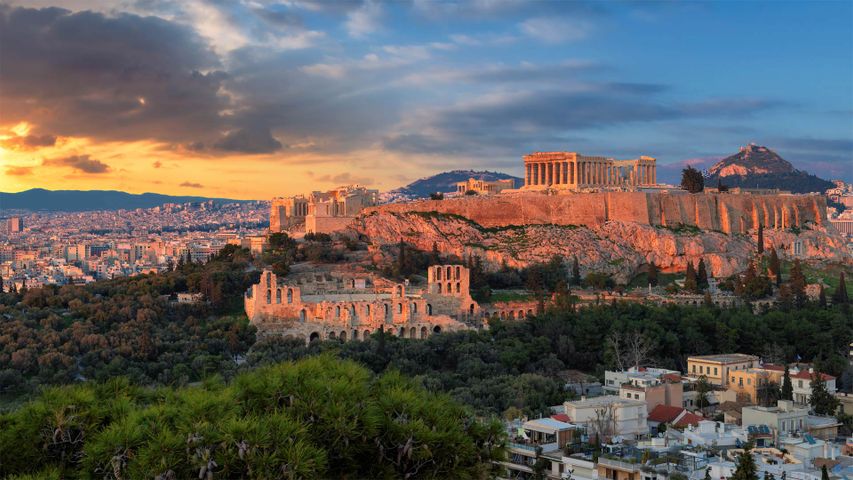 Info. The Parthenon temple in the Acropolis of Athens, Greece

The first modern Olympic Games were held 125 years ago in Athens in 1896 – 1,500 years after they were banned by the Roman Emperor. The 1896 Games were held in the Panathenaic Stadium, in the shadow of the Acropolis of Athens, shown here. They included athletes from 14 countries, with the largest delegations from Greece, Germany, France and Great Britain. The 43 events included a marathon, tennis, cycling, fencing, shooting, Greco-Roman wrestling and swimming. And while some things haven't changed over the years, some were different back then. Swimmers were taken out to sea by boat for the longer races and had to swim back to shore. Winners were given a silver medal (copper for second place), as well as an olive branch and a diploma.