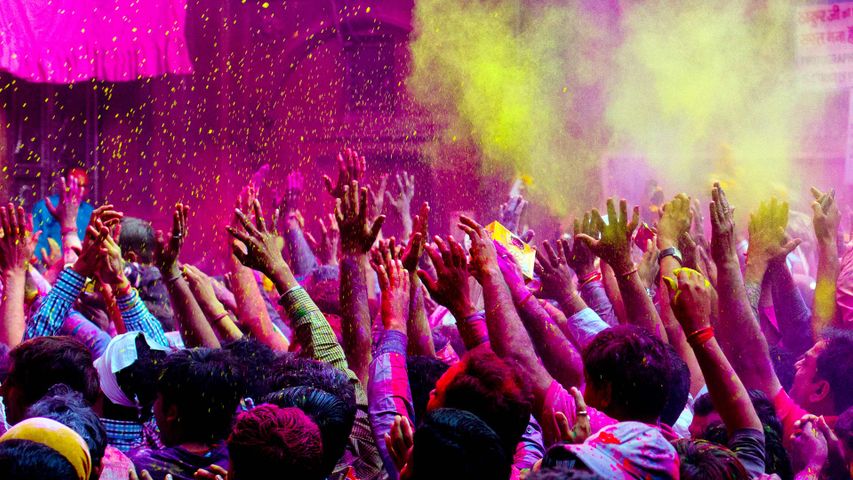 The festival of colours is here!

From smearing each other with colours to enjoying a plate of delicious gujiyas together, the festival of Holi ushers in a carnivalesque mood among people of all age groups, every year. An ancient Hindu festival, which later became popular among non-Hindu communities as well, Holi heralds the arrival of spring after winter. It signifies the victory of good over evil and is celebrated as a day of spreading happiness and love. The festival is also celebrated as thanksgiving for good harvest.

Holi celebrations start on the night before Holi with Holika Dahan, where people perform rituals in front of a bonfire, praying for their inner evil to be destroyed. The carnival of colours begins the next morning, where people come out on the streets to play with colours and drench each other in coloured water through water guns and balloons. So, gear up with your water weapons and enjoy this auspicious festival. Happy Holi!