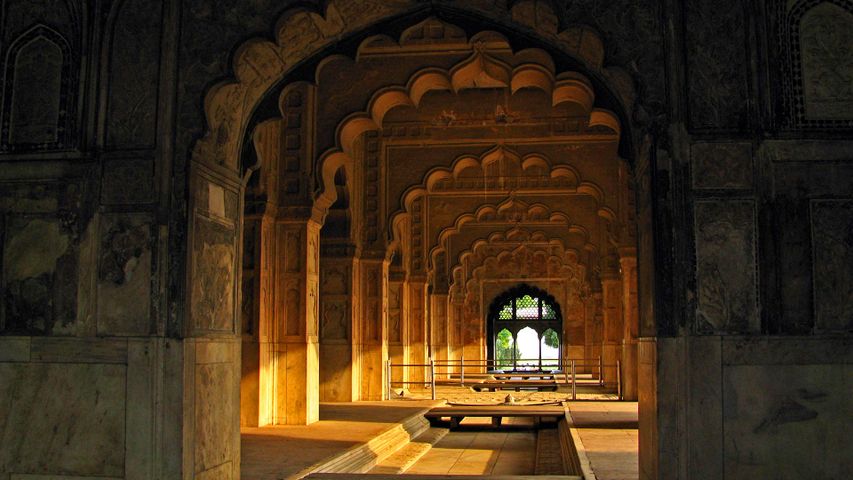 A palace with a colourful history. The many moods of Rang Mahal

The Rang Mahal has seen many phases during its exotic existence. It was originally built by Akbar for his queen, on the advice of Sufi Saint, Sheikh Salim Chishti. While the ‘Palace of Colour’ was a harem in the times of Shah Jahan, the British used it as a mess hall after 1857! It was formerly known as the Imtiyaz Mahal or the Palace of Distinction. Certain parts of the palace are adorned with richly coloured interiors and delicate mirror work, and that gives it another name – Shish Mahal.