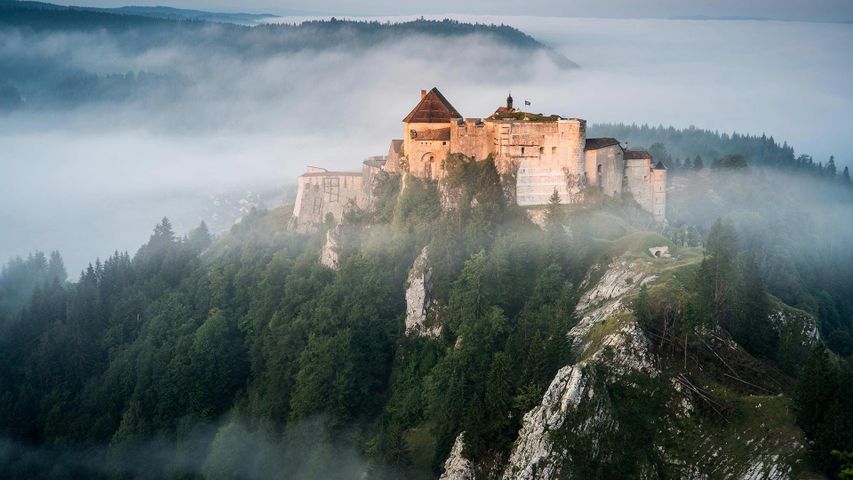 Fort de Joux in the Jura mountains of France

Info. Fort de Joux in the Jura mountains of France

The Fort de Joux, also known as the Château de Joux, has gone through several changes during its thousand-year history. Originally built from wood in the 11th century, the castle was transformed into a stone fort and later served as a prison between the 18th and 19th centuries. The structure is set in a strategic location on a rocky peninsula in the Doubs department of France, where it looks over the narrow mountain pass Cluse de Pontarlier, which cuts through the Jura mountain range. The building, listed as a historic monument by the French Ministry of Culture in 1949, now houses a museum of arms that displays more than 600 rare weapons.