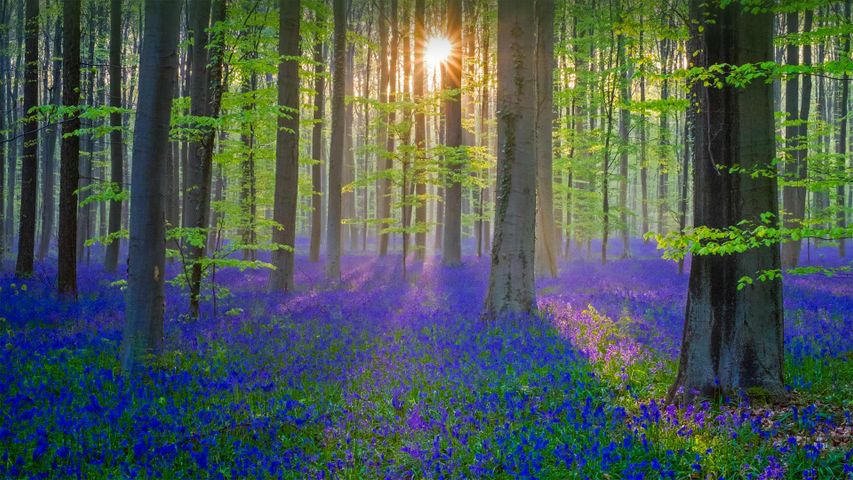 Hallerbos, also called the 'Blue Forest', is mostly in Flanders, the Dutch-speaking northern area of Belgium. It takes its nickname from the perennial bluebell flowers that carpet the forest floor each year, usually for about 10 days in late April or early May. Large parts of the old forest were destroyed by occupying forces during World War I, which prompted the Belgian government to roll out a wide reforestation project starting in the 1930s. Within 20 years, Hallerbos was well on its way to being a healthy forest again, as the depleted native beech and oak trees were restocked.