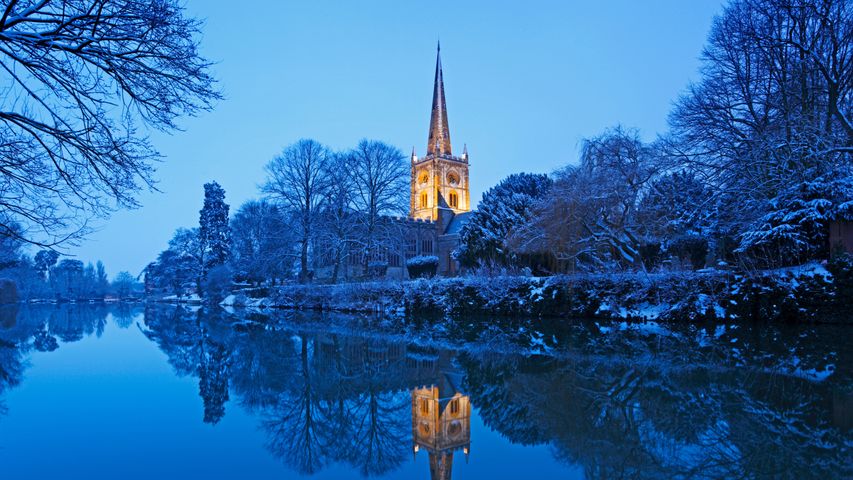 The Holy Trinity Church in Stratford-upon-Avon is one of England's most visited churches. Set on the banks of the River Avon, more than 200,000 tourists visit the church each year. The current building dates from 1210 and is popularly known as Shakespeare's Church, as it is the place of William Shakespeare's baptism, marriage and burial.

Shakespeare’s date of birth is unknown, but the famous playwright and poet was born in Stratford-upon-Avon and baptised in the church on 26 April 1564. At the age of 18, in November 1582, he got married here to Anne Hathaway, with whom he had three children. Shakespeare died on 23 April 1616, at the age of 52, and his grave is located inside the church, just in front of the altar.