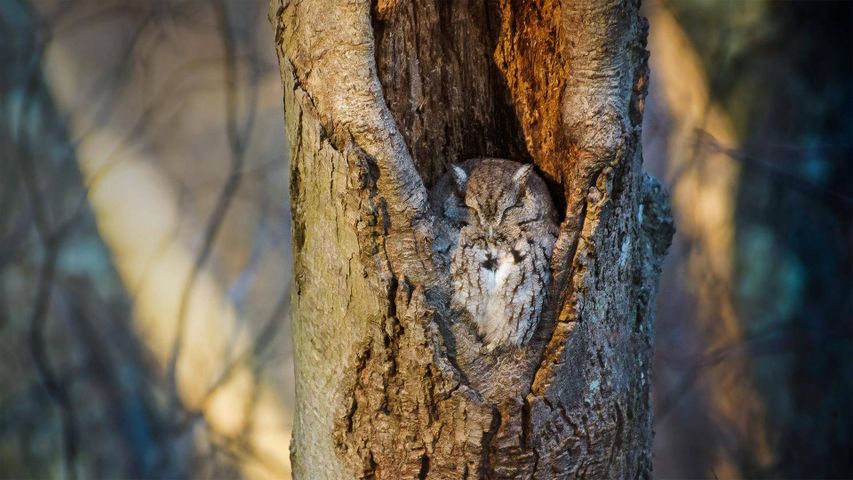 Found in wilderness areas and near human settlements, eastern screech owls like the one in our photo are well established in the United States. They’re nocturnal creatures, so they sleep during the day and become active after dusk. While it’s not obvious from this picture, screech owls are tiny – smaller than a pint glass – which makes them vulnerable to other animals, but their feathers have changed to hide them against the tree bark where they nest. Named for their piercing calls, screech owls prefer to eat a lot of insects, worms and small rodents.