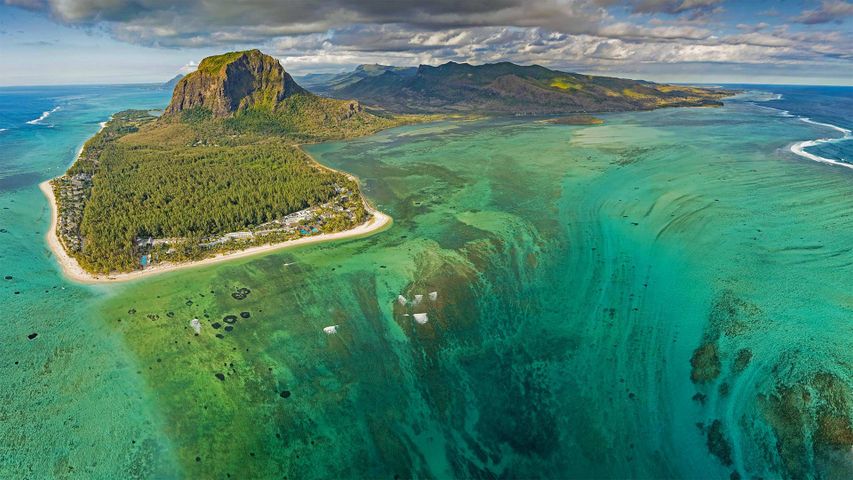 From this vantage point high over the Indian Ocean, we have a spectacular view of the 'underwater waterfall' off the coast of Mauritius. Actually, this is an optical illusion. We're looking at the trails of sand and silt deposits on the seabed being washed by ocean currents through an opening between coral reefs. But at first glance, it looks like the ocean is pouring into some massive unseen hole.

Our viewpoint also offers a clear look at the huge volcanic mountain in the distance, towering over the peninsula called Le Morne Brabant. Originally uninhabited, the island of Mauritius became an important stopover in the slave trade by the 18th century. Some slaves managed to escape while on the island and made their way to the many caves and overhangs on the steep slopes of Le Morne. There, these 'maroons' hid from slave traders and eventually formed enough settlements that Mauritius became popularly known as the Maroon Republic, and Le Morne became a symbol of the slaves' resistance, suffering and sacrifice.