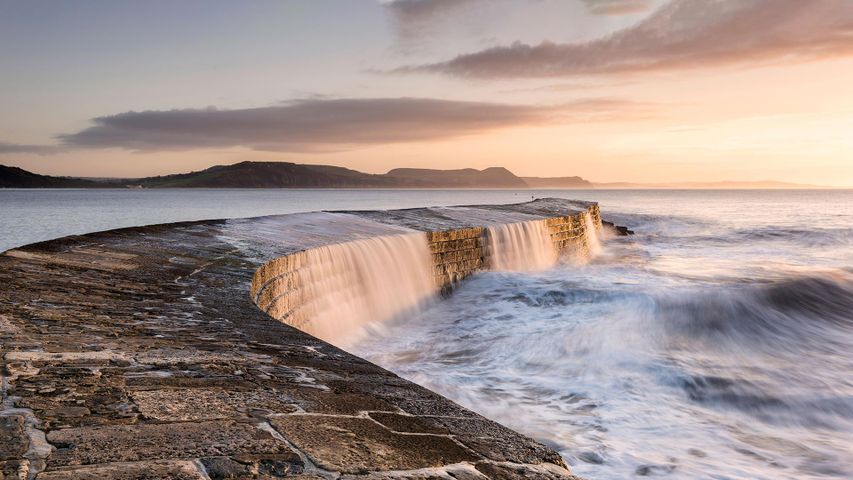 Shrugging off choppy waters on England’s south-west coast is the historic harbour and breakwater known as the Cobb. There has been one man-made structure or another in the waters off Lyme Regis since medieval times, without which much of this Dorset town may have been washed away. While its harbour seems small to modern eyes, Lyme Regis grew as a major port and shipbuilding centre from the 13th century onwards, thanks to the Cobb and the protection it offered from fierce south-westerly gales.

The long, curving High Wall featured in our homepage image offers a great lookout spot from which to enjoy panoramic views of this stretch of the Jurassic Coast, a World Heritage Site famous for its fossils. This section, built in Portland Stone, dates back to the 1820s and famously features in a scene with Meryl Streep’s character in The French Lieutenant’s Woman. If you choose to follow in her footsteps, be warned: The Cobb can be as treacherous as it is breathtaking, even when waves are not crashing against it. Algae can make its surface slippery and there is no handrail to grab if you lose your footing, so choose a calm day to enjoy a stroll along the top and even then, tread carefully.