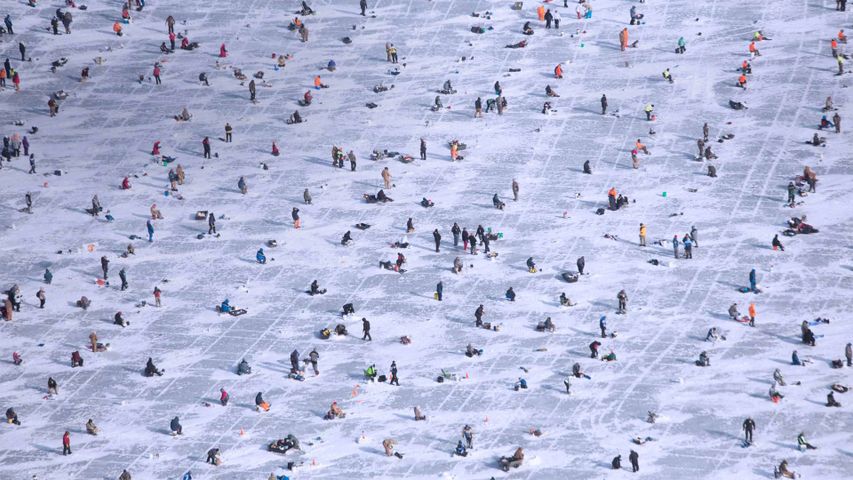 We’re just outside of Brainerd, Minnesota, for the Ice Fishing Extravaganza on Gull Lake. Each year in late January, more than 10,000 people will come out to catch as many fish as they can - mostly walleye and northern pike, but all fish species are eligible. The contest is organised and run by volunteers exclusively, and 100 per cent of the proceeds - around AU$220,000 - goes to local charities.

The practice of ice fishing started years ago when Native American tribes in the Upper Midwest would use it to gather food for the long, harsh winters. But today, ice fishing is a popular winter activity in the Land of 10,000 Lakes. Some anglers even trick out modern-day ice shanties with big-screen TVs, underwater cameras, sonar fish-finders, and bathrooms with hot showers, making it easy to spend entire weekends out on the lake, warm and dry.

Car powering Christmas lights on a caravan in Måndalen, Norway

Torah Bright of Australia gets airborne during a training session of the Women's Snowboard Halfpipe event at the Vancouver Winter Olympics on February 18, 2010 – Martin Bureau/AFP/Getty Images ©