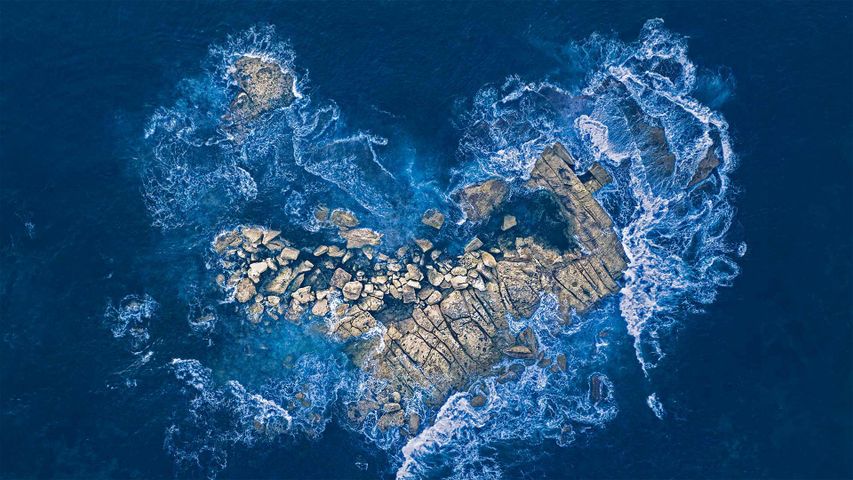 Just off the coast of Sydney, in New South Wales, Australia, the surf crashes over this cluster of rocks, sending an oceanic Valentine's Day card to a lucky bird—or photographer—flying overhead. We'll take nature's love letters wherever and whenever we can find them. But what makes February 14 the day we celebrate love? Some claim Valentine's Day has its roots in an ancient Roman fertility festival called Lupercalia that included goat sacrifices and a lottery that paired off eligible men and women. Others argue that the holiday began with early Christians celebrating a martyr named Valentine. Chaucer romanticized the day with a poem about two birds mating for life. No matter its pagan or Christian origins, in the modern world, Valentine's Day is celebrated most everywhere as a day devoted to love.