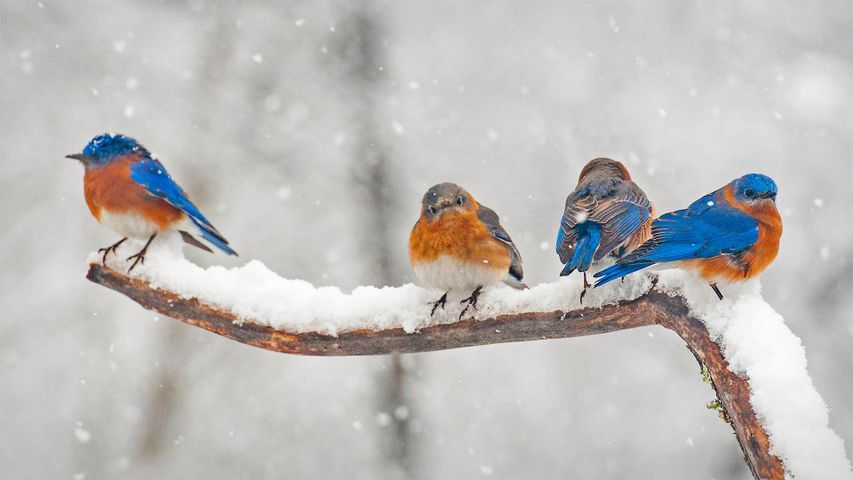 This chunky foursome caught in a North Carolina snowstorm is a group of eastern bluebirds, the most widespread of the three types of bluebird. (The other two are the western and mountain.) The eastern bluebird range covers a wide area—east of the Rocky Mountains from southern Canada down to Central America, then over to the Atlantic Ocean and Gulf of Mexico. You can spot them in grasslands, forest clearings, meadows, and the like.