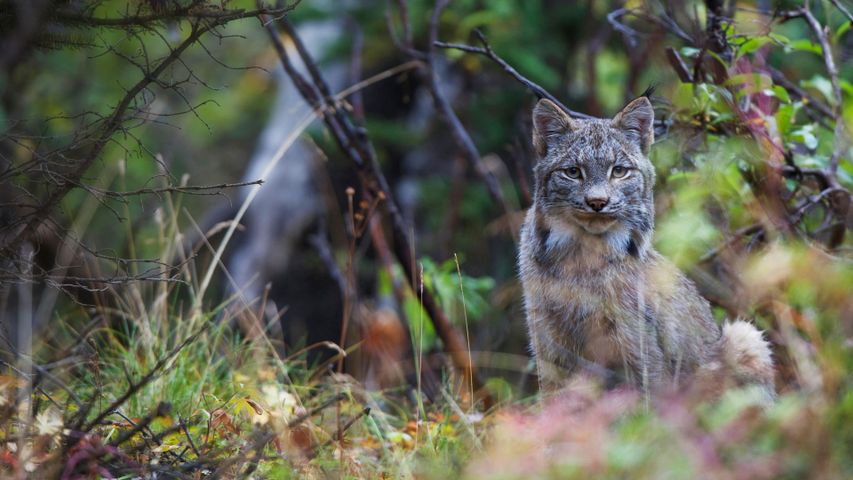 The Canada lynx doesn’t live only under the maple leaf flag. Populations are also found in Alaska, where this comely cat was photographed, and in other parts of the western United States. But wherever it can be found, the Canada lynx is hard to glimpse. Like most cats, it likes the nightlife, mostly venturing out in the evening in search of its favorite snack, the snowshoe hare. But maybe it’ll make an exception today and join us in celebration of World Cat Day.