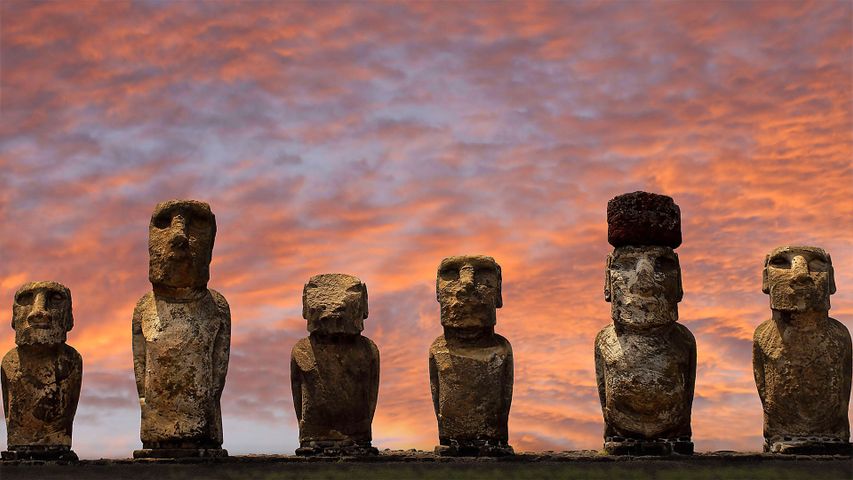 The 'moai' you know

Roam around the tiny, remote Easter Island and you'll find almost 900 of the stern stone faces called moai. They seem ancient as the pyramids, even a little alien, but they were actually sculpted between 500 and 800 years ago from compacted volcanic ash that's as terrestrial as it comes. You're seeing six of the 15 moai that stand on Ahu Tongariki, the largest ahu (stone platform) on the island. These statues were toppled in the 18th or 19th century along with other moai island-wide for reasons not fully known to scholars, though earthquakes or possible tribal infighting are postulated. The statues were later buried by a tidal wave and lay in ruins until the 1990s, when they were excavated and placed back on the ahu.

Though scholars still debate how and why the moai were constructed and moved into place, it's known that they represent the ancestors of the Rapa Nui, an isolated and hardy culture that still celebrates its uniqueness. Visit Easter Island during the first two weeks of February and you'll find yourself in the midst of Tapati Rapa Nui, a festival that revives islander ceremonies of song and dance, as well as sporting events like ocean canoeing, horse racing, and haka pei (high-speed sledding on banana tree trunks).