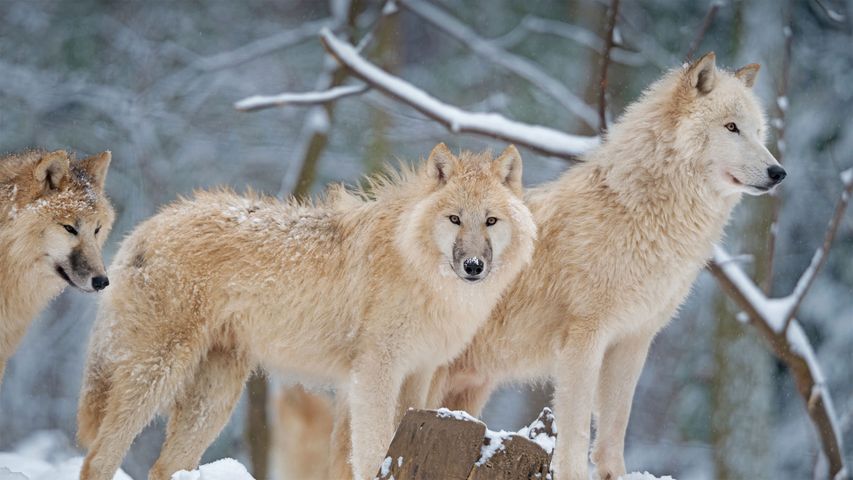 The Arctic wolf, or white wolf, is unique among wolves in its light coloring. Supremely adapted to the tundra where it lives, its coloration helps it blend into the landscape as it hunts the caribou, moose, muskox, and Arctic hare that make up its diet. A subspecies of the gray wolf, the Arctic wolf lives in the extreme north of Canada's Queen Elizabeth Islands. It's extremely cold there, but an advantage of this habitat is that the remoteness has kept the Arctic wolf population from being hunted extensively. It is currently the only wolf species not endangered or threatened. We're featuring this handsome trio because tonight will be the Wolf Moon, traditionally the first full moon of the year. The name comes to us by way of the Algonquin people to denote the time of year that hungry wolves could be heard howling outside their settlements.