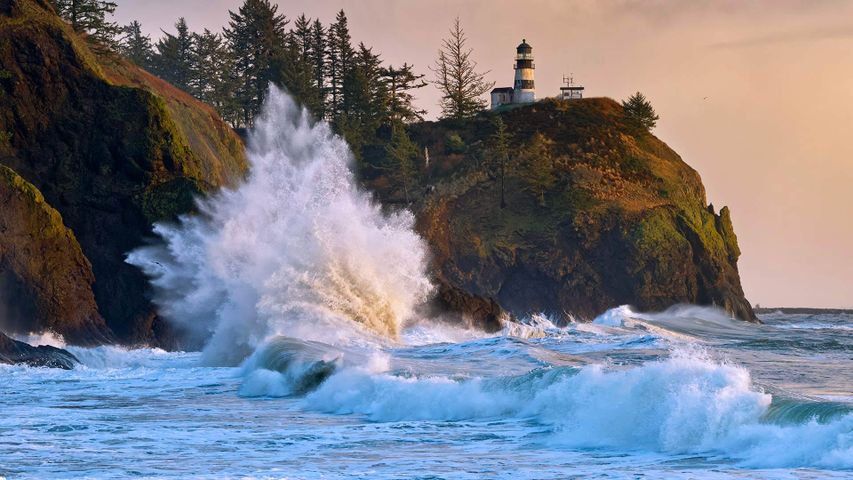 US Coast Guard: Protecting us for 105 years

In recognition of the modern US Coast Guard, formed on this day in 1915, we're featuring the Cape Disappointment Lighthouse, one of many lighthouses managed by the USCG. How did Cape Disappointment get its name? A British fur trader in 1788 mistook the mouth of the Columbia River for a bay and was disappointed because his ship couldn't pass due to the river's shallow bar. Many ships would eventually sink in these dangerous waters, but this lighthouse has warned off countless others since it was lit in 1856, making it the first lighthouse in the Pacific Northwest. Most of the lighthouses in the US have been built and maintained by the US Coast Guard and its predecessors.

Unlike other branches of the US armed forces, the USCG acts as both a military force and a law enforcement agency. Its three main missions are maritime safety, maritime security, and maritime stewardship. These encompass a wide variety of tasks and responsibilities. Its search and rescue operations alone are vast in scope. In an average year, the USCG will respond to 19,790 search and rescue cases, saving 3,560 lives and more than $77 million in property.