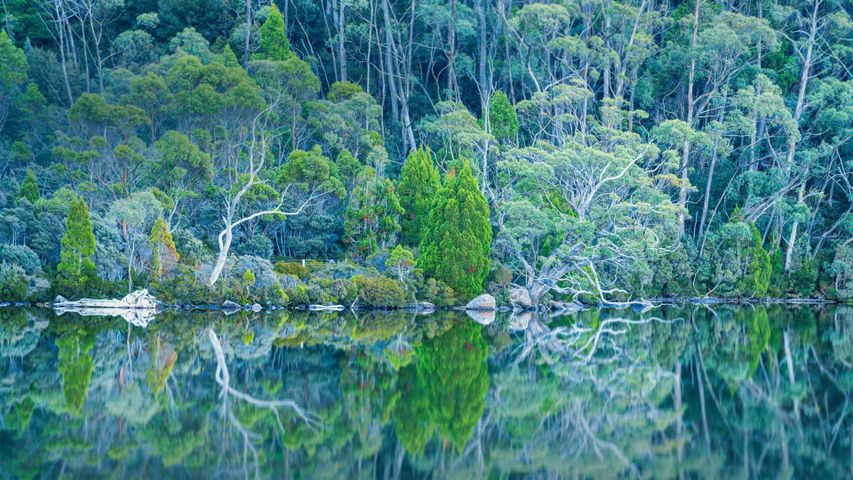 The wilds of Tasmania. Ancient groves in Australia

Like mainland Australia, the island state of Tasmania is home to many distinct landscapes and ecosystems, and Mount Field National Park is a spectacular showcase of the island’s diversity. Tall swamp gum forests and massive tree ferns distinguish the base of the mountain, but climbing to higher elevations leads to the temperate rainforests of pencil pine, leatherwood, and other trees endemic to Tasmania along the shores of Lake Dobson, shown here. While rare species of plants and animals call the park home, perhaps the park’s greatest diversity lies with its fungi—the tremendous variety of mushrooms found here is still not fully cataloged, but fungi are increasingly understood to underpin the general health of the park’s ecosystems as a whole. And if all that natural diversity here isn’t enough to draw you to Tasmania’s Mount Field, some of the hills and mountains in the park have ski runs during snowy winters.