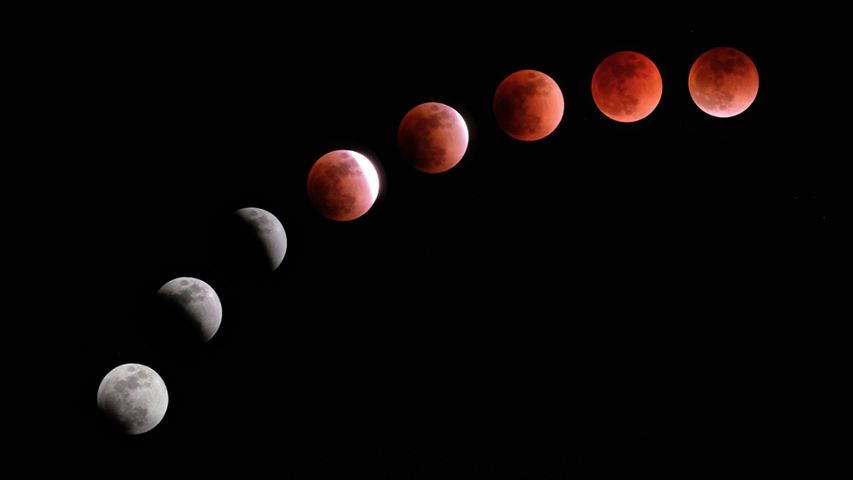 Today a total lunar eclipse will be visible around many parts of the globe. For an eclipse to qualify as ‘total’ the Moon must pass through the middle of the Earth’s shadow, casting a reddish pall over the entire visible surface of the Moon. Due to this reddish colour, a totally eclipsed Moon is sometimes called a ‘blood moon’. Few astronomers use this term, but scientists do recognise that a physics phenomenon called ‘Rayleigh scattering’ is at work when the Earth’s shadow blocks sunlight from the Moon during a lunar eclipse. This dispersion of light changes how we perceive the colour, and in this case, it makes the Moon appear blood red. Rayleigh scattering affects the way we perceive most colours, including the blue sky and the yellow sun.