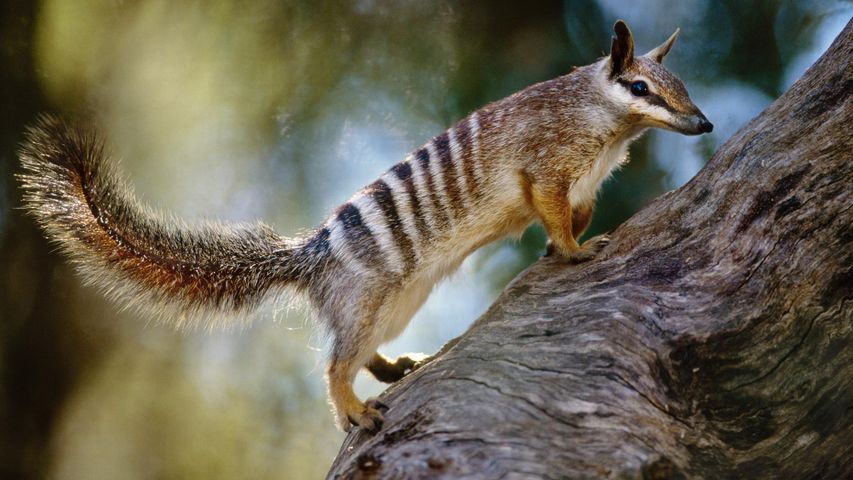 If we had to guess, we’d assume this little numbat is on the hunt for a quick snack, ready to feast on the many termites it requires for sustenance. And when we say ‘many’, we’re not joking. This marsupial, native to Australia, eats an estimated 15,000 - 20,000 termites a day! Aiding the numbat with such a mammoth task are its incredible sense of smell and long, sticky tongue (around 11 centimetres) which is able to get into the cavities of logs or small holes in the ground.

Unfortunately, while the numbat once populated much of the country’s southern semi-arid and arid areas, by the 1970s those numbers saw a steep decline. These days they only really survive in small areas of southwest Australia, with estimations of less than 1,000 mature individuals remaining. Thankfully, though, organisations like the Australian Wildlife Conservancy are doing their bit to help, protecting 30 per cent of the numbat’s population, and the species’ outlook is gradually improving. New populations have been established in nature reserves, while Perth Zoo is also breeding some of the animal for release into protected habitats.