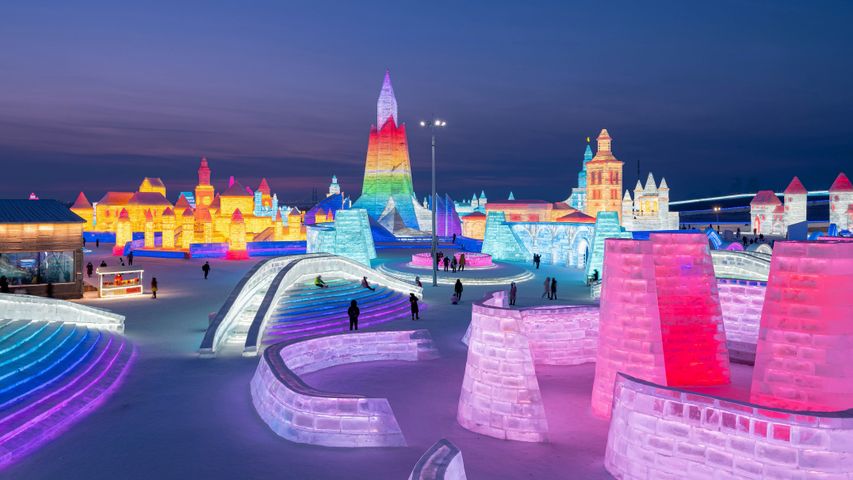 The Harbin International Ice and Snow Sculpture Festival, in China's Heilongjiang Province, begins today with all the spectacle and fanfare you’d expect from the world’s largest festival of its kind. Big, bold, and beautiful, the event features more than 2,000 ice sculptures made from 240,000 cubic yards of ice collected by nearly a thousand workers from the nearby Songhua River. Many of the sculptures are illuminated with coloured lights, creating a vibrant, glowing world of ice. It's estimated the colourful sights attract more than 18 million visitors each year. The event, which runs through late February, also features alpine skiing, cold water swimming in the Songhua, as well as a festive ice lantern show.

Blue tiger butterflies on a tree in Bengaluru, India