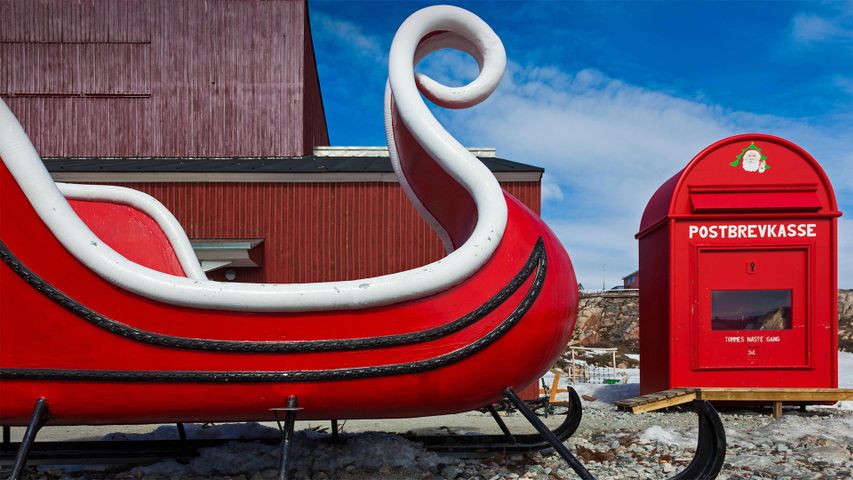 For Christmas Day, we travelled 350 kilometres north of the Arctic Circle to Ilulissat, Greenland. It's the island's third-largest city, though in almost any other region, it would be considered a small town—only 4,670 people live here. Until a few years ago, Ilulissat served as a key destination for that most important holiday correspondence: Thousands of letters sent from around the world to Santa Claus, North Pole, ended up being rerouted to this giant mailbox. Today the mailbox has moved farther north, to Uummannaq, ever closer to the jolly old elf's magical domicile. If you're celebrating Christmas today, we hope you have a merry one.