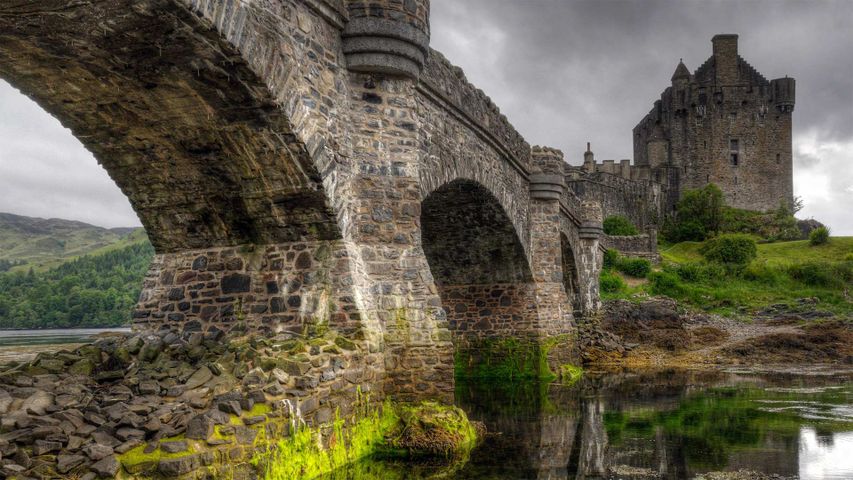 Located on a small island where three sea lochs meet in northwestern Scotland, the current Eilean Donan Castle is just the latest incarnation of several monastic cells and Scottish clan strongholds that have occupied the tidal islet since the 7th century. The first fortified castle was built in the 13th century to defend against invading Vikings who occupied much of Scotland at the time. An iconic symbol of Scotland, from the 14th to 18th centuries the castle was mostly held by the Mackenzies and defended by the MacRaes, both storied clans of the Scottish Highlands. The castle was destroyed in 1719 by the invading British Royal Navy during the Jacobite Uprising, but was rebuilt along its earlier design in the early 20th century by Lt. Colonel John MacRae-Gilstrap.