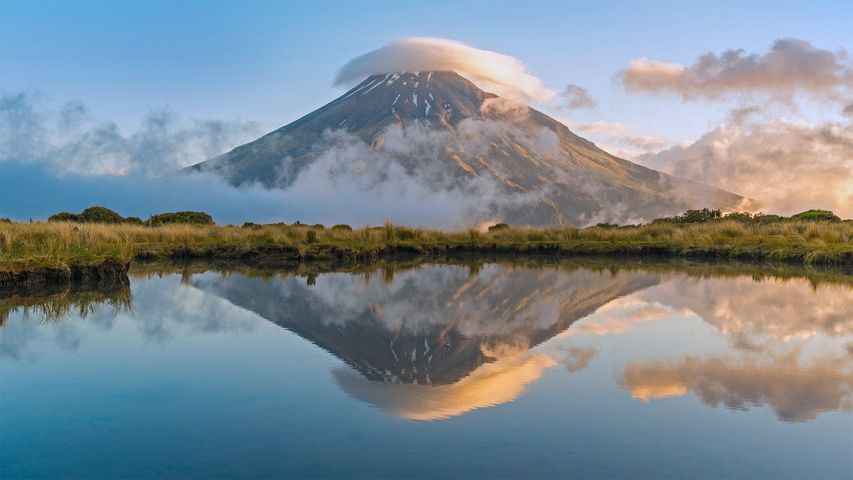 According to the legends of New Zealand's Indigenous Māori people, the lonely Mount Taranaki wasn't always lonely. Taranaki, the story goes, once lived among other mountains in the North Island's center. But Taranaki feuded with the powerful volcano Tongariro over the love of the pretty peak Pīhanga. In their epic battle, the now flat-topped Tongariro lost his head but emerged victorious. The vanquished Taranaki wandered west, cutting trenches as he trudged to the shore and filling them with lovesick tears to create the region's rivers.

Now that Taranaki's settled in, the still-active stratovolcano's slopes and foothills comprise one of New Zealand's oldest national parks. Whether or not he's gotten over Pīhanga after untold millennia, Taranaki continues to compete with Tongariro even through modern myth: Taranaki had a star turn as Mount Fuji in background shots for 'The Last Samurai,' while the Tongariro area stood in for the cursed realm of Mordor in the 'Lord of the Rings' films.