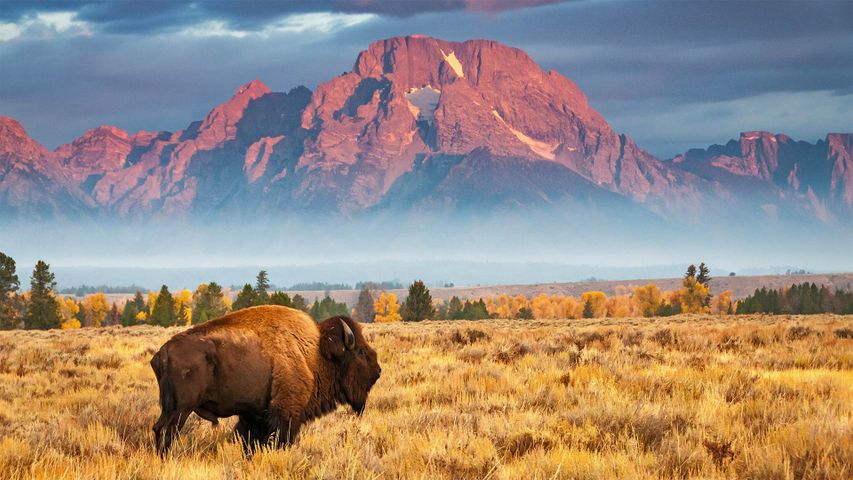 If ever there was an animal that deserved some recognition, it's the bison. Once plentiful in North America, they roamed in great herds, helping to diversify and maintain the prairie habitat. They've also played several important roles in Native American cultures. Indigenous peoples have used every part of the bison for food, utensils, and clothing—and they pay tribute to the giant beasts in religious rituals. Settlement of the American West caused habitat loss for the bison and that, combined with overhunting, nearly wiped out the species altogether—until ranchers, conservationists, and politicians in Canada and the U.S. teamed up to save them.