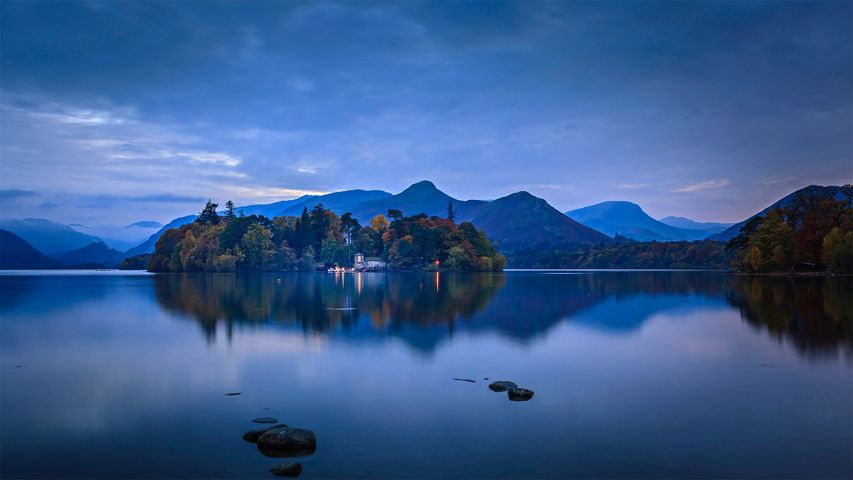 Surrounded not only by the spectacular fells (hills, mountains and uplands) seen here on the horizon but also lush, rolling farmlands, the lake known as Derwentwater is one of more than 30 bodies of water in North West England's Lake District. Rounder and broader in shape than its fingerlike brethren, Derwentwater is home to several small isles like this one—though the classical estate built here is an unusual interruption of this mostly-natural tableau.

We're seeing the island's boathouse, one of several buildings that a wealthy eccentric named Joseph Pocklington had erected shortly after his 1778 purchase of the island. The main building, Derwent Island House, is set out of view farther back on the woody isle. The estate once included a stone fort housing a cannon, often fired to incite playful 'raids' on the island during regattas Pocklington hosted each year on the lake. Critics of old—among them poet William Wordsworth, who famously loved the Lakes—decried Pocklington's additions as eyesores, but modern-day visitors gladly line up to visit the Italianate estate on the five days a year that it's open to the public.