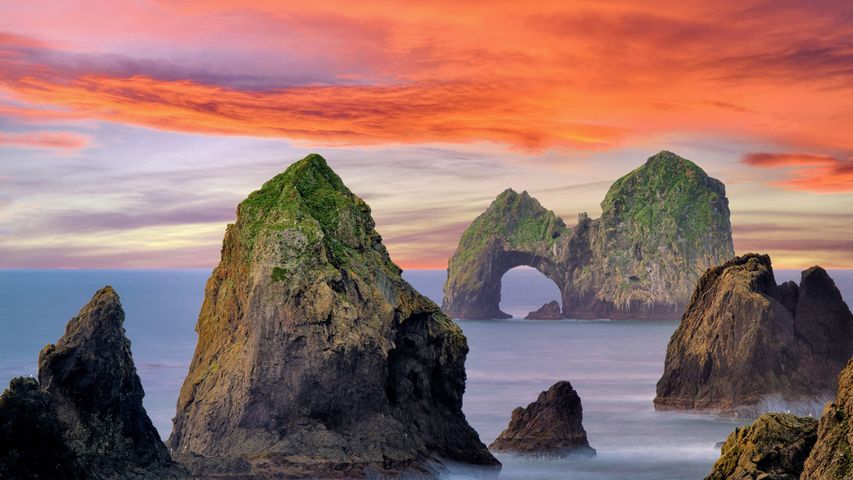 Stacking up with the best of them. Mack Arch Rock

One of the common sights along America’s Oregon coast are the colossal rock formations known as sea stacks that jut from the Pacific and form an indelible, craggy imprint in your memory. The sea stacks you see here run next to a grassy promontory in the southern part of the state that overlooks a mostly inaccessible stretch of coastline.

In the background of this image is the Mack Arch, one of the largest naturally formed arches on the Pacific Coast and part of the Mack Reef archipelago. These clusters of sea stacks and beaches are home to a large concentration of seabirds like cormorants, black oystercatchers, gulls, and murres, as well as harbour seals and other marine wildlife. To help preserve this pristine sanctuary, the U.S. Fish & Wildlife Service has designated it part of the Oregon Islands National Wildlife Refuge and closed the area off to the public. So have the owners of all the privately-owned land and beach that surround the refuge. So, if you're looking to get a close-up view of Mack Arch, your best bet is to do so by plane or boat.