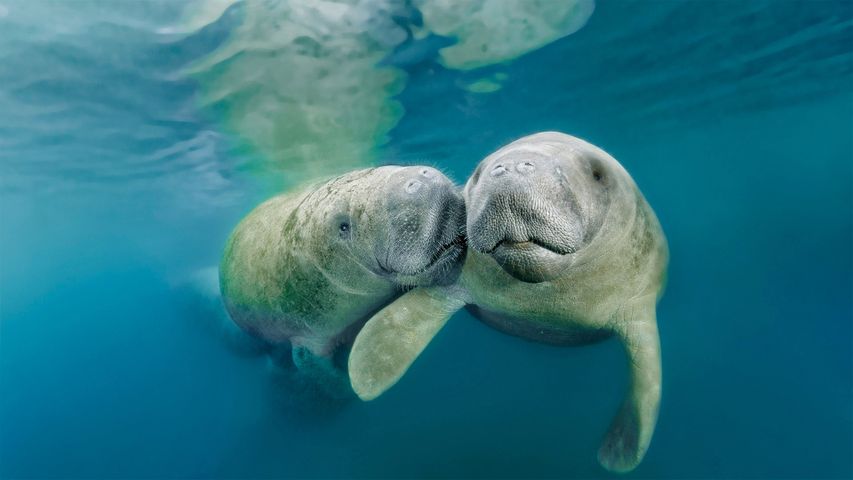 In observance of Manatee Awareness Month, we're swimming through clear spring waters in the US state of Florida with two friendly 'sea cows'. Generally solitary animals, manatees are also known to be curious and will approach boats. That's why Florida enforces special speed zones for watercraft, particularly as the manatees are on the move to warmer areas to spend the winter. While manatees have no known natural predators, they remain a vulnerable species due to loss of habitat and collisions with boats. These two have arrived in Three Sisters Spring, a natural freshwater spring in the Crystal River National Wildlife Refuge on the west coast of the Florida Peninsula. The refuge protects critical habitat for the hundreds of manatees that migrate here each winter.

Most West Indian manatees off the coast of Florida live in shallow and marshy areas where they feed on sea grass, mangrove leaves, and algae. The ocean's largest herbivore, sea cows nosh on greenery for almost half the day. And what could be better than a nap after all that munching? Manatees will often sleep underwater for the other half of the day, coming to the surface for air in 15- to 20-minute intervals and grazing for food again in shallow waters.