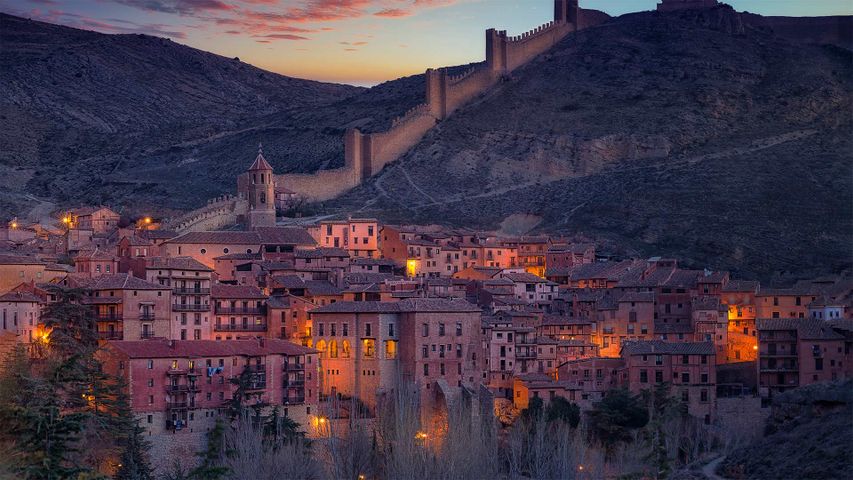 Originally founded as the capitol of a small Moorish kingdom in the 10th century, Albarracín remains one the most perfectly preserved medieval towns in Spain. The town’s narrow winding streets, centuries-old architecture, and dramatic defensive walls are all constructed with the pink-hued gypsum found throughout the region. Aside from its historical charms, Albarracín is also a popular destination for rock climbers who come to scale the red boulders and cliff faces outside the village's fortress walls.