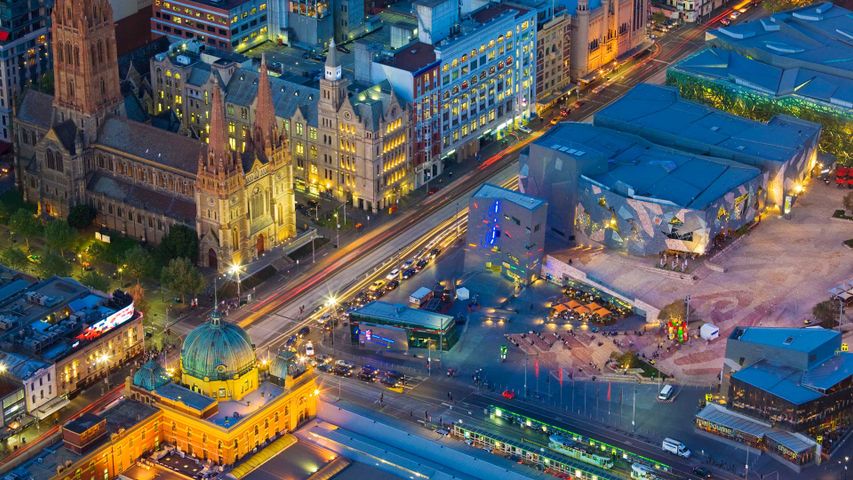 A “kaleidoscope of experiences”. Visiting Melbourne on Cup day

Welcome to Federation Square in Melbourne – one of the city’s most well-known attractions and home to world-class galleries, delicious food and a wide range of cultural events. Unveiled back in 2002, Fed Square has seen more than 100 million visitors as it constantly shoots to fulfil the vision of becoming an internationally recognised contemporary world site and embrace the core values of Melbourne’s cultural foundations. Considering it’s been named the sixth best public square in the world, we’d say it’s doing pretty darn well.

Today we’re spotlighting the Melburnian hotspot on the city’s busiest day – Melbourne Cup. A public holiday for those who live in the state, the race is a major annual attraction for punters and celebrities alike. Flemington Racecourse – the home of the event – also trains and stables some 550 horses, but come 3pm all eyes will be on the race that stops the nation.