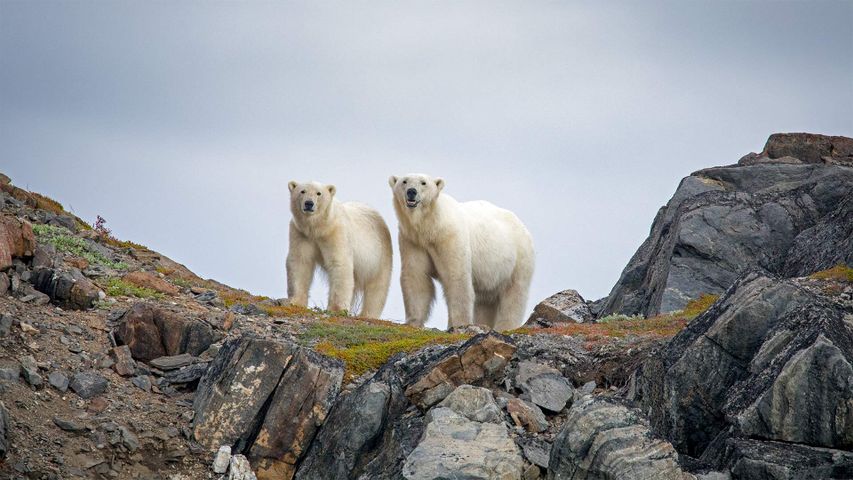 These polar bears seem to be just as happy as we are to visit Torngat Mountains National Park today. Located in Canada at the tip of the Labrador Peninsula and bordering the Labrador Sea, the park is accessible only by boat, charter plane, or helicopter. The name 'Torngat' comes from the Inuktitut word 'Tongait,' meaning 'place of spirits.' The Inuit have lived here for centuries and still fish and hunt across the wide tundra valleys where these polar bears roam. This time of year, polar bears are waiting for the sea ice to form so they can venture out onto the Labrador Sea to hunt for seals.