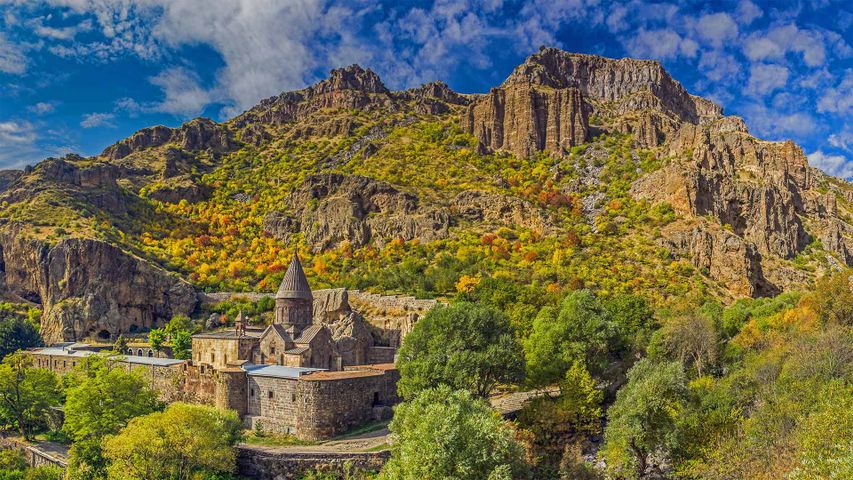 Built into the side of a mountain in the Azat Valley of Armenia, Geghard Monastery is one of the most-visited tourist destinations in the country. The location of the monastery has been inhabited for millennia and venerated by locals since the pre-Christian era due to the spring which emanates from one of the caves in the mountainside. The monastery was originally founded in the 4th century by Saint Gregory the Illuminator - the patron saint of the Armenian church - though none of the original buildings survive.

The buildings comprising the existing complex started in the 13th century and are now regarded as some of the best-preserved examples of medieval Armenian architecture. But what really makes the complex unique are the monastic cells and chapels hewn directly into the mountain itself, with elaborate bas relief ornamentations and multiple exquisite examples of Armenian stone crosses, or 'khachkar', throughout. Designated a UNESCO World Heritage Site, protections extend to both the monastery complex and the surrounding countryside, making a trip there an opportunity to step back into the medieval world.