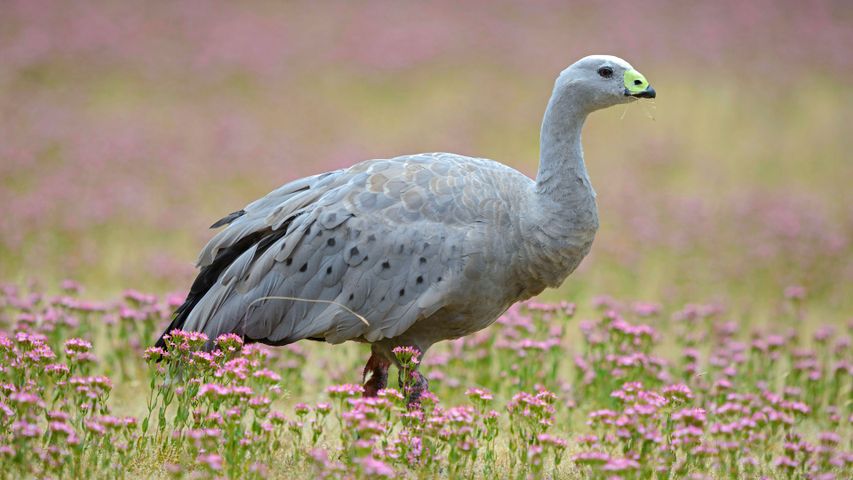 Taking a gander at an Aussie animal

It appears as though this Cape Barren Goose is enjoying all the wonderful colours of spring, even though it doesn’t actually nibble on the flowers its wading through. Instead, this rather large, pale grey goose is known to feast on tussock grass, herbs and even succulents. During the 1950s biologists feared the Cape Barren was nearing extinction, but thankfully a number of conservation initiatives helped strengthen their population to a much healthier number, even though they remain one of the rarest geese in the world.

Thanks to their ability to stomach water with higher levels of salinity, it’s not uncommon for the geese to gander off towards offshore islands for most of the year. However, in a few months, as summer heats up, many will head back to the mainland to track down tastier pastures.