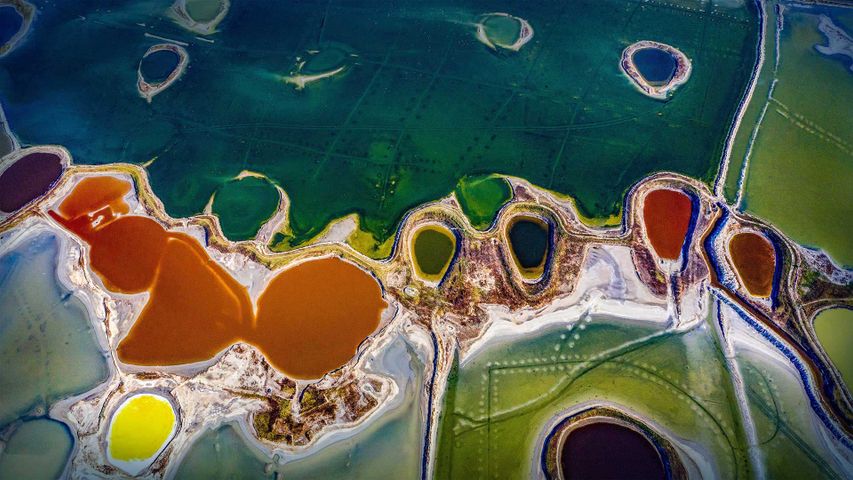 The Salt Lake in Yuncheng, China, has such a high salinity, it's sometimes called China's Dead Sea. But unlike the Dead Sea in the Middle East, Yuncheng's Salt Lake supports abundant microscopic life: algae and other microorganisms that have a high tolerance for the salt. During autumn in the region, the lake temperature is high enough to spark algae blooms, bringing a variety of intense colours to the lake water.

Stranger still, during the cold, dry winter, the lake level drops, causing some of the sodium content in the water to form mirabilite rime - spiky, ice crystal-like mineral formations that make the lake shore and shallow surfaces look like an ice-covered landscape from science fiction.