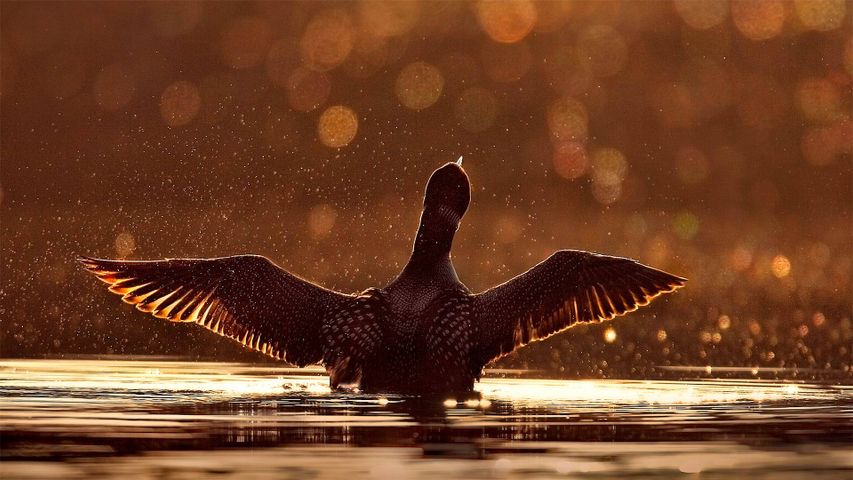 This common loon is spreading its wings in the Superior National Forest in Minnesota, near the border and along the northern bank of Lake Superior. As temperatures cool, the protected area becomes a birder's paradise as migrating flocks stop over on their flights south. Superior's 3.9 million acres and 2,000 lakes offer the right combination of water, woods, and wetlands to support over 155 species of birds, the most avian diversity found in any of U.S. national forest.The common loon holds a special place here. It's the state bird of Minnesota and its haunting hoots and wails serve as lead vocals on the soundtrack of the North Woods. These skilled swimmers live mostly in the water and can dive 200 feet in pursuit of fish. They're impressive in the air, too, reaching speeds of 112 kmph. But to get aloft, loons need a long runway of open water. Flapping their wings like mad, they run on the water surface for up to a quarter mile to get the oomph needed for liftoff.