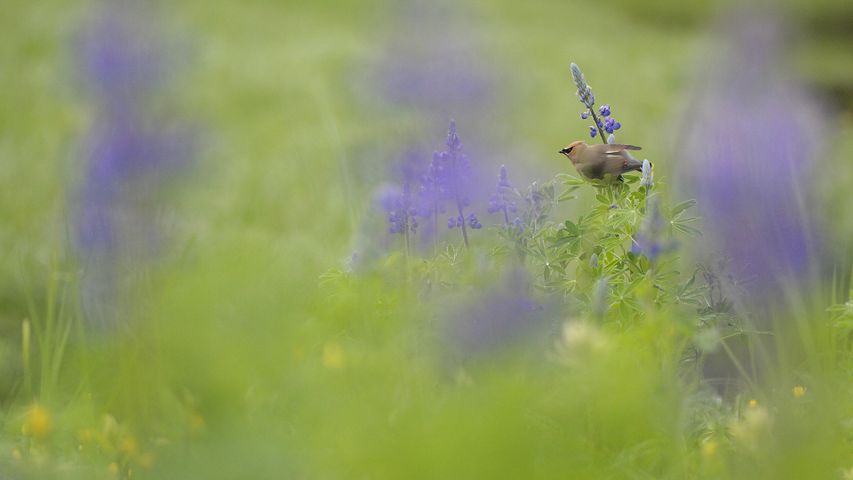 This sole waxwing is a rare sight since cedar waxwings almost always forage in flocks. Weighing approximately 32 grams, the cedar waxwing primarily feeds on berries and insects. During summer, it patiently waits by streams of water in hopes of catching insects. Come winter, the cedar waxwing dangles on tree branches, plucking off berries with its peak. Breeding between waxwings occurs based on the availability of fruit trees. Males try to impress the females by a ceremonial dance which includes passing chunks of fruits or flower petals to their potential mate, and if reciprocated by the female, a pair is formed.

Strokkur geyser near the Hvítá River in Iceland