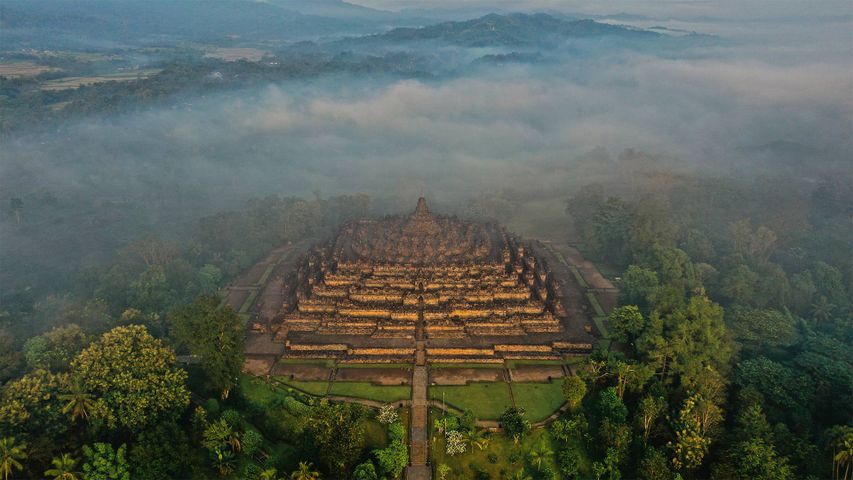 This photo shows the quiet, mist-shrouded wilderness surrounding the Buddhist temple known as Borobudur. The site is among the most-visited attractions on the island of Java, with devout practitioners making pilgrimages to the holy site and curious tourists coming to see the grandeur of the structure. With 504 Buddha statues and 2,672 sculpted relief panels, Borobudur was likely constructed in the 9th century and abandoned in the 14th as much of the Indonesian population converted from Buddhism and Hinduism to Islam.

Over time it became engulfed by the jungle, and only locals knew of its existence. In the early 1800s, the occupying British administration learned of the temple and sent a Dutch engineer and 200 workers to cut down trees, burn vegetation, and dig away at the earth to reveal the monument. Borobudur was eventually restored and given preservation status under UNESCO guidelines.

Life in the nearby town of Muntilan and other Indonesian locales will be even more active than usual on August 17, as that date is Indonesia's Independence Day. The nation of islands at the crossroads of the Indian and Pacific oceans declared independence in 1945 and made the date a national holiday eight years later. The people of Indonesia were freeing themselves from three centuries of Dutch rule.