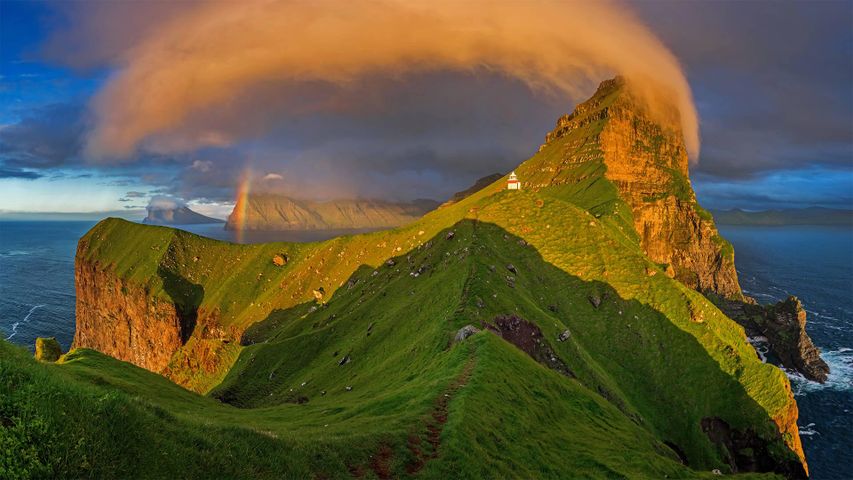 The festival known as Ólavsøka spans several days, but officially 29 July is the big day of merrymaking on the Faroe Islands. What exactly are the Faroese people celebrating? Technically, they’re observing the death of Saint Olaf. The Norwegian King Olaf II is said to have died in battle on this day in 1030, he was later declared a saint by the Catholic Church.

Today, the Faroes, which sit in the North Atlantic between Norway and Iceland, are an autonomous territory of Denmark - but they have centuries-old ties to Norway. The Norwegian influence in Faroese culture remains so strong that they celebrate King Olaf II with Ólavsøka – which translated means Olaf’s wake. The celebration includes a rowing competition, traditional Faroese chain dancing and plenty of music.