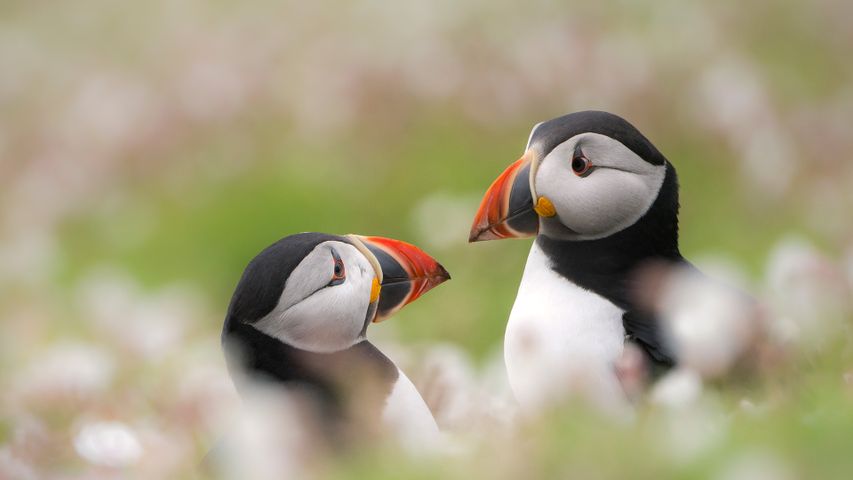 Puffin island. A haven for puffins

These charming puffins, one of the UK's most popular seabirds, are the main attraction at Skomer Island off the coast of Pembrokeshire, in Wales, between April and August. While they spend much of their lives at sea, they return to Skomer and its neighbouring island Skokholm, during the breeding season. Puffins nest underground close to cliff tops, making it easier for them to evade predatory gulls. They lay a single egg, which both parents help to incubate and, once it hatches, they take it in turns to feed the chick.The best time to see them is in June and July, when the air around Skomer is filled with parents flying in and out of burrows to feed the newly hatched chicks. Atlantic Puffins are known for their large colourful beaks but these change in appearance, becoming smaller and darker once the breeding season is over. Puffins are great swimmers and divers and are happy resting on top of the waves during their long periods at sea. While it's hard to say exactly how many there are on Skomer, the 2017 count was 25,227, a modern day record, although globally their numbers are in decline and the species is classed as vulnerable to extinction.