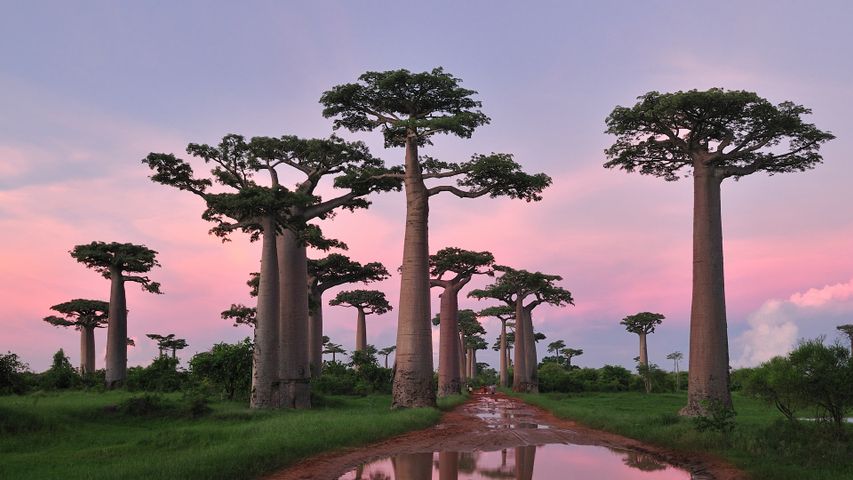 Today we celebrate the island nation of Madagascar, located off the southeast coast of Africa, which became independent of France 60 years ago today, in 1960. Madagascar's national tree is the stately baobab - impossibly tall and imposing, but a little silly at the same time. In fact, its nickname is the 'upside-down tree', since it looks like it was planted with its roots in the air. Six of the world’s nine baobab species are native to Madagascar. The trees we’re looking at today are the Grandidier baobab, the largest of them all, lining the Avenue of the Baobabs near the western coast.

This species can grow up to 30 metres tall and 10 metres in diameter, a measurement that can actually change as the trunks store water during rainy seasons to help them survive in times of drought. Baobabs are also known for their longevity; those growing along the Avenue of the Baobabs are estimated to be 2,800 years old. Locally, Grandidier baobabs are referred to as 'renala', or 'mother of the forest'.