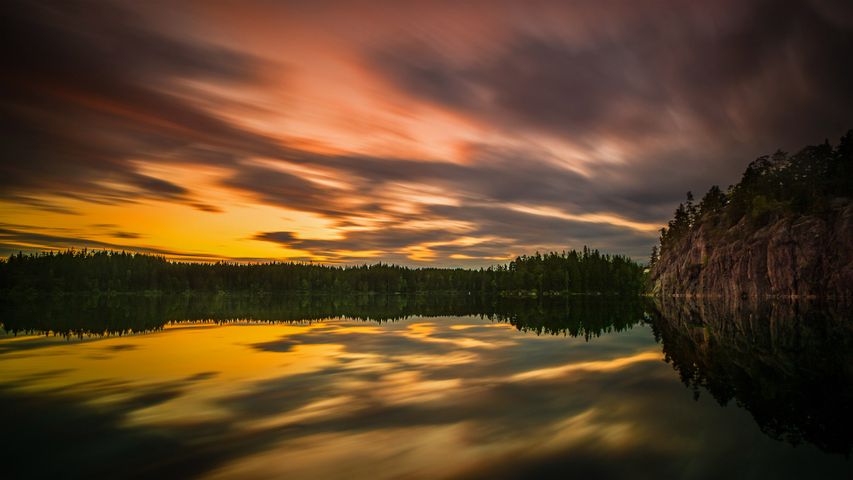 This mirrorlike lake—pictured not at dawn nor dusk, but under the tireless midnight sun that marks Scandinavian summers—lies just outside Örebro, a midsized city in south-central Sweden. To Swedes, late June is synonymous with Midsummer, a solstice festival with roots in ancient, pagan Europe that was later combined with the June 24 Christian feast of John the Baptist.

It's one of the country's most celebrated events, and in a typical year festivities include bonfires, outdoor feasts of herring and potatoes, and dances around maypoles decorated with greenery and flowers. But no doubt many Swedes are opting for a more isolated, back-to-nature Midsummer season in 2020—as our image may encourage.