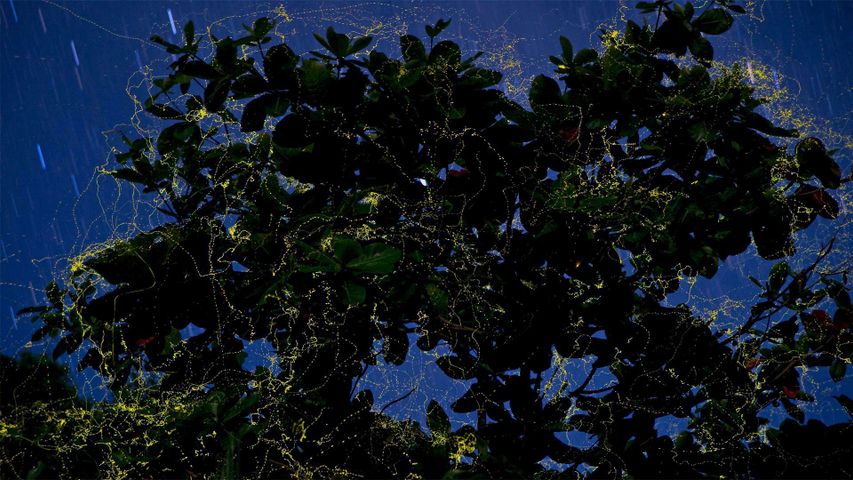 Dance of the fireflies. A summertime light show

It’s the season for spotting fireflies in some parts of the US, especially in the humid or damp areas that the winged beetles love. For fireflies themselves, it’s a season of love. They create these soft flashes of light as they search for a suitable mate. The glow is produced by a chemical reaction in a firefly’s abdomen. In addition to attracting a partner, the light is believed to deter potential predators by signaling that the insect’s chemical makeup may produce a foul taste or even be toxic. The fireflies in our homepage image were photographed with a long exposure in the Philippines, where fireflies are a popular tourist attraction. Some firefly species here and in other parts of Southeast Asia are known for their synchronized flashing, creating dramatic light shows in the dark.