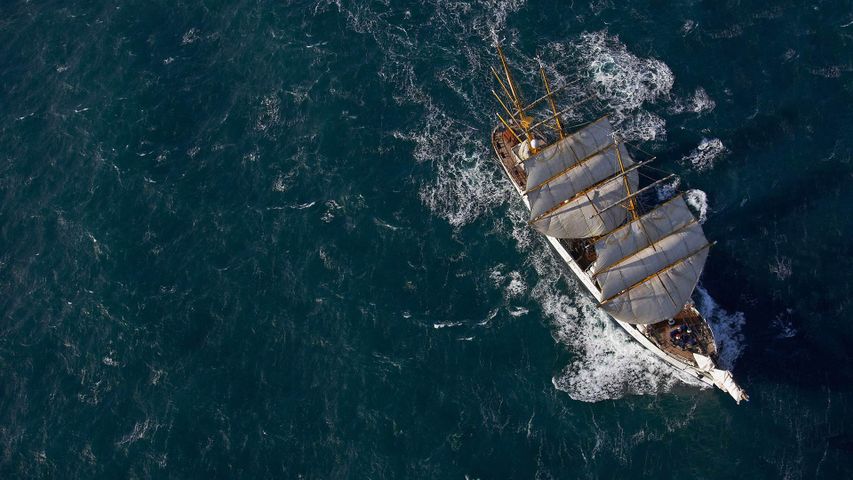 Here above the chilly seas off Iceland, we're peering down at a tall ship called the Gorch Fock—a training vessel of the German navy. Built in 1958, it replaced the original 1933 Gorch Fock, which was seized by the Soviets in the wake of World War II (but is now back home in Stralsund, Germany, as a museum ship). Because traditionally rigged tall ships are valued as tools for learning general sailing skills, the '58 Gorch Fock is still in official service—but for much of the 21st century, it's been in and out of dry dock for repairs and safety improvements.

Today marks the International Day of the Seafarer, which serves to highlight how crucial overseas shipping is to daily life around the world. The event is also intended to remind us of the bravery and sacrifice shown by sailors of all stripes as they endeavor to perform this essential function. As much as 90% of all cargo travels by sea at some point in its journey to the store or your door, so next time you encounter an old sea dog on a dark and stormy night, be sure to say thanks.

Ship tracks over the Pacific Ocean