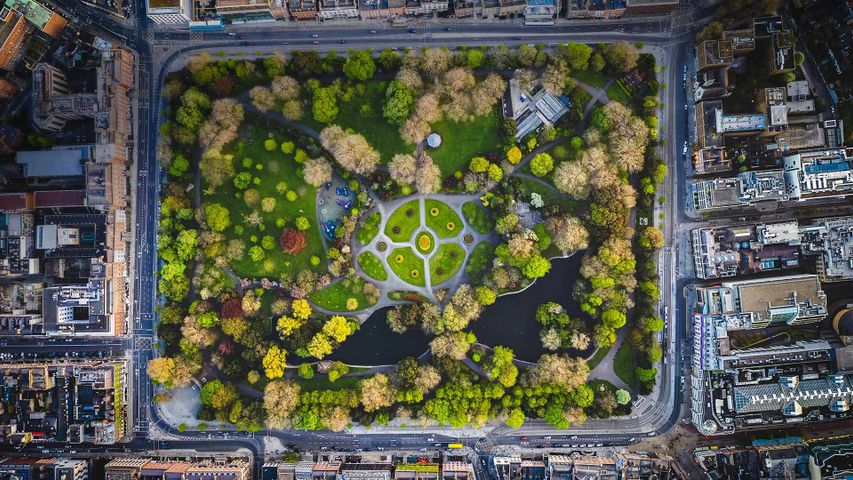 Ambling through Ulysses. In the footsteps of Leopold Bloom

We’re looking down on St Stephen's Green in Dublin in honour of Bloomsday, a day to celebrate Irish author James Joyce and his famous 1922 novel Ulysses. Why today, you ask? Because the novel follows the meanderings and thoughts of the protagonist, Leopold Bloom, and a host of other characters from 8am on 16 June 1904, through to the early hours of the next morning.

Joyce mentioned in a letter that some people celebrated 'Bloom's day’ on 16 June as far back as 1924. Then, for the 50th anniversary of the events in the novel, a group of Irish literary figures and other Ulysses enthusiasts organised a kind of a pilgrimage on 16 June 1954, ambling along the route that Bloom takes through Dublin. Bloomsday has since grown into a worldwide literary celebration. People in Dublin can follow in the character’s footsteps through the city's streets, visiting places in the novel; others celebrate by dressing in fashion from the time, eating food mentioned in the book and performing readings of the text.

Oil lamps arranged on a rangoli to celebrate Diwali in Guwahati, India