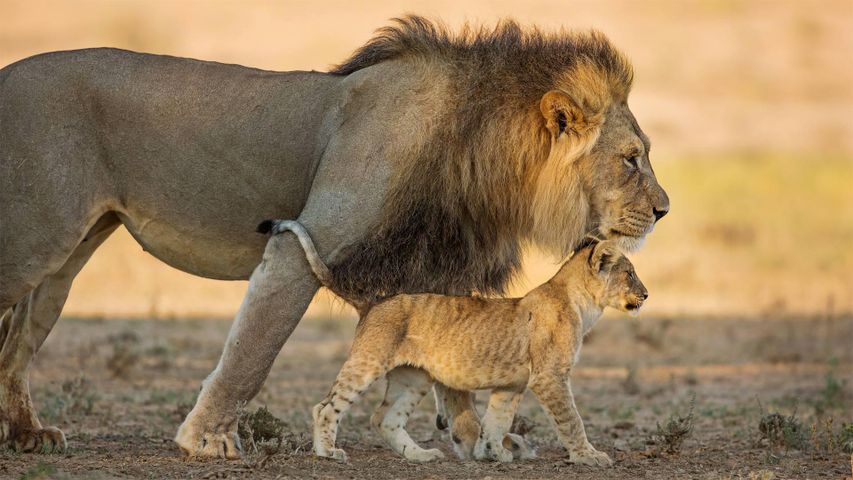 Male lions can spend up to 20 hours a day sleeping – so forgive dad if he sneaks in a short nap today. Many countries, including the UK, have adopted the American date for Father's Day, which falls on the third Sunday in June. Inspired by the success and introduction of Mother’s Day, the tradition began in the United States in the early 20th century before spreading over the Atlantic. Maybe the cub on our homepage is taking dad out to lunch at Kgalagadi Transfrontier Park, which straddles the border between South Africa and Botswana. We hope the little lion didn't forget to write a card.