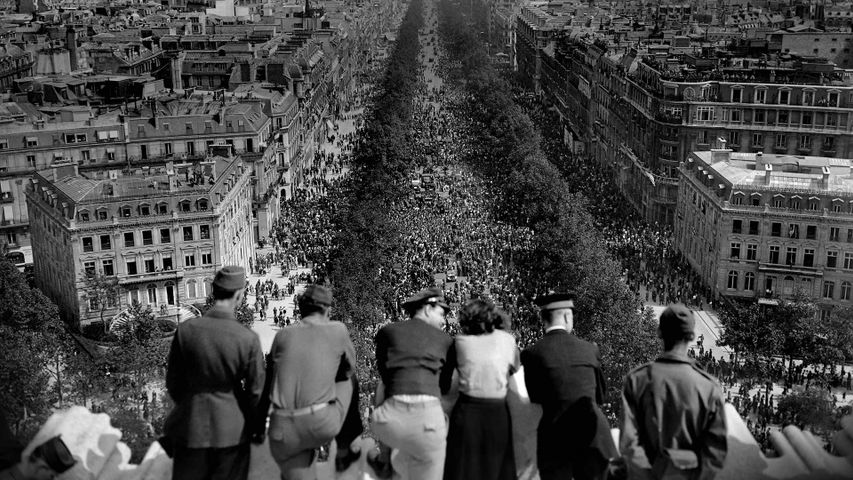 The Nazis' unconditional surrender had actually been signed the day before, on May 7, at a ceremony in Reims, France. But a few changes were made, and representatives of the Nazi High Command of the Armed Forces signed it again in Berlin, officially, on May 8. Church bells rang out all over Paris that day, and revellers hugged and cheered in the streets because it was now clear that the battle would not return to their doorstep. But it was a victory half won, as war still raged in the Pacific Theater and wouldn’t end completely until four months later. That certainly didn’t stop the jubilation felt in cities from Paris to London and far beyond 75 years ago today, as the long ordeal in Europe had finally ended.